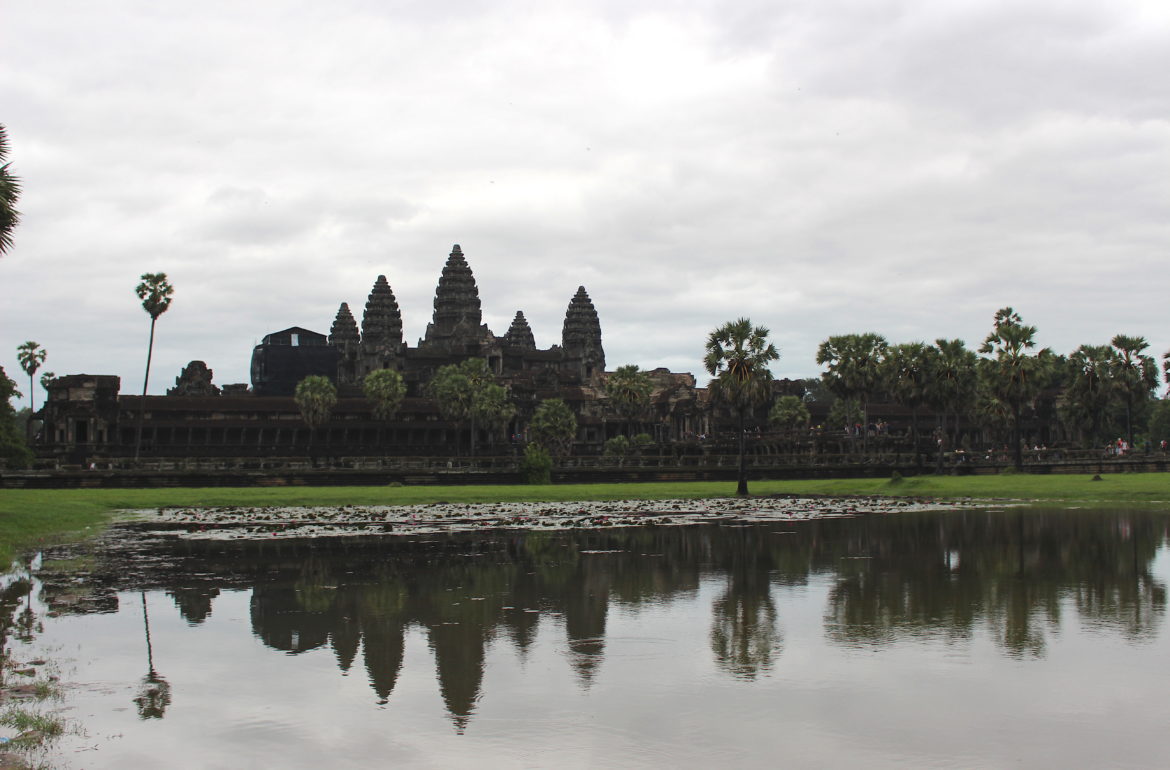 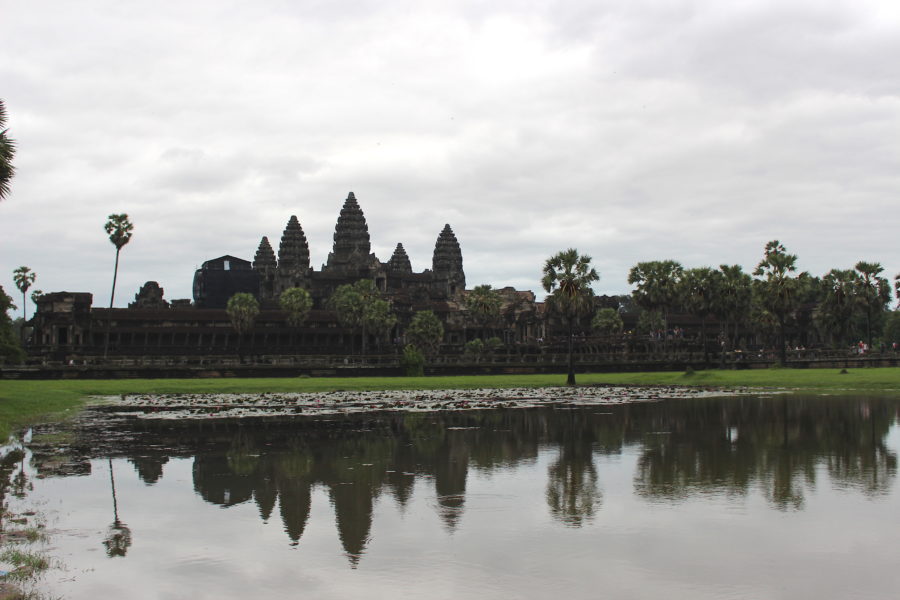 Our flight to Siem Reap Cambodia was at 2:40 pm. Our plane was initially an hour late leaving Bangkok airport and once we were in the air after 35 minutes we were advised by the Captain that the plane was having technical issues and that we would have to return to Bangkok airport. We were literally above Siem Reap as the flight is only 35 minutes until decent! After another hour wait and a new plane we were finally on our way. Its all part of the journey and sticking to mindful practice we stayed in the present and went with the flow.  We arrived in Siem Reap at 10 pm!

We stayed at the Hotel Somadevi Angkor Resort and Spa  for 4 nights.   We were up early to check out our new surroundings and what a beautiful hotel.  It was very comfortable and had a great swimming pool, which was much appreciated. 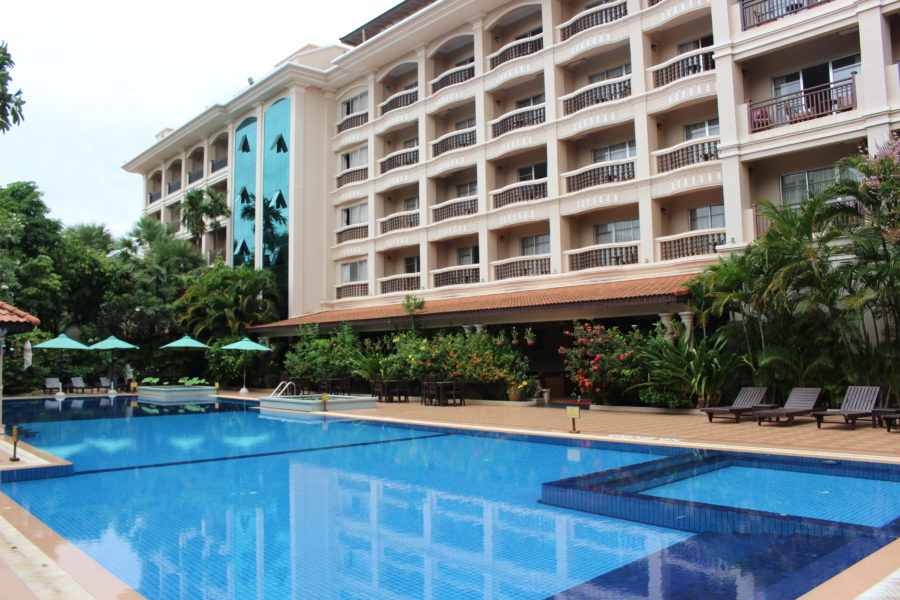 We ventured to the Angkor National Museum to learn about the history of the Khmer Civilization, Religion and Beliefs, The great Khmer Kings, Angkor Wat and Angkor Thom. Religions and beliefs of the ancient Khmer empire had both direct and indirect effects on all aspects of people living, including literary works, sculptures and architecture. We were not allowed to take photos inside the Museum.

That evening we toured the Night Markets to check out the local eateries. So busy with people, tuk-tuks, motor bikes and cars a hub of activity. Lots of variety to choose from. We found this awesome little vegetarian restaurant called Chamkar House where we experienced the Khmer cuisine and we had our own private balcony that overlooked the hustle and bustle of the street below. I had Spring Garden Soup – a blend of bean sprouts, tofu, mixed vegetables, galangal, ginger, lemongrass, chilli, kaffir lime and hubby had Stirring Curry – coconut milk, green curry with mixed vegetables and rice. Both deliciously tasty dishes and fabulous atmosphere!

The main reason for our visit to Siem Reap Cambodia was to see Angkor Wat. So the next day we were up at 4 am to journey to Angkor Wat for a Sunrise Tour. It was raining and unfortunately we did not get the best photos, yet were grateful that it was not as hot as the day before! It was very humbling to walk through the corridors of the past. Angkor is the worlds largest sacred building and an architectural masterpiece built in the 12th century (113-5BC). The tour revealed carvings of the food they ate and how they cooked it. The main source of nutrients came from rice and fish and both still remain a major part of the food chain today.

As you can see in the pictures above it seems to be quite a festivity taking place. The site is built with the main entrance facing West and the outside corridors spanning all the way through each direction. (Ray, 2017) “Symbolically, west is the direction of death, which once led a large number of scholars to conclude that Angkor Wat must have existed primarily as a tomb. This idea was supported by the fact that the magnificent bas-reliefs of the temple were designed to be viewed in an anticlockwise direction, a practice that has precedents in ancient Hindu funerary rites. Vishnu, however, is also frequently associated with the west, and it is now commonly accepted that Angkor Wat most likely served both as a temple and as a mausoleum for Suryavarman II.”

We also visited the Southern Gate of Angkor Thom, flanked by 54 stone figures on each side of the fortified city of Angkor Thom, one side represents good/gods and the other evil/demons. We visited The Bayon  built in the late 12th or early 13th century as the official state temple of the Mahayana Buddhist King Jayavarman VII,  covered in more than 200 enormous faces. The four sided faces are said to represent the four sublime states of mind in Buddhism, Love, Compassion, Sympathetic Joy and Equanimity. We also explored the Terrace of the Leper King and the Terrace of Elephants. Our last two temples for the day were Preah Khan which King Jayavarman VII built in honour of his father and Ta Prohm one of the most atmospheric and yet this temple is pretty much still in ruins and the trees growing out of the ruins is magnificent and why it has become so popular with tourists is because it is known for scene in the movie Tomb Raider with (Angelina Jolie) Lara Croft.

The next day was another early start to the day to Tour the Tonle Sap to see floating fishing villages complete with school, restaurants and even a hospital. Due to it being their rainy season many of the  local villagers move their homes closer to the village of Chung Khneas. We witnessed two homes being towed. Amazing! The Tonle Sap is called “The Great Lake” and is one of the worlds richest sources of fresh water fish and the main source of protein for Cambodia. It wasn’t very inviting and we were surprised how happy the local fisherman and their family are living there. They have solar power which connects them to the outside world and very self sufficient. Even the local shop trader goes house to house to see if they need supplies.  It certainly gets you thinking about what is important in life.

When we got back from our tour of the TonLe Sap we had lunch at a great little cafe across from the Hotel called Cafe Indochine. Delicious and tasty food. I had sate kebabs with Café Indochine sauce (chicken satay), mixed green salad and Gary had beef loc lac (fillet) (diced beef fillet, salad, fries and fried egg) and we both had a fresh fruit smoothie – banana, mango, pineapple & papaya. Yum! The rest of the afternoon was spent by the pool before heading out to dinner.

The food we chose in Siem Reap was healthy and nourishing. I didn’t find it hard to eat healthy.

Our last day in Siem Reap and we had a sleep in. Well why not we are on holidays after all. After breakfast we hired a tuk-tuk for an hour asked him to drive to where the locals shop away from the tourists. He showed us the local markets where he gets his produce and it was huge. He then took us through his village where he lives which was quite away out of town. It was very humbling to see them in their own environment. Many only living in a tin shack under tarps with dirt floors. There is still so much poverty in the world and makes me feel very grateful for the country that I live in.

There is much more to explore in Cambodia, like the capital Phnom Penh that will have to be for another time.  We loved our stay in Siem Reap, Cambodia it is definitely worth a visit.

Our next destination Vietnam!

Safe Travels, let me know if you have been to Cambodia and where you visited. Leave me a comment, I love to hear from you. 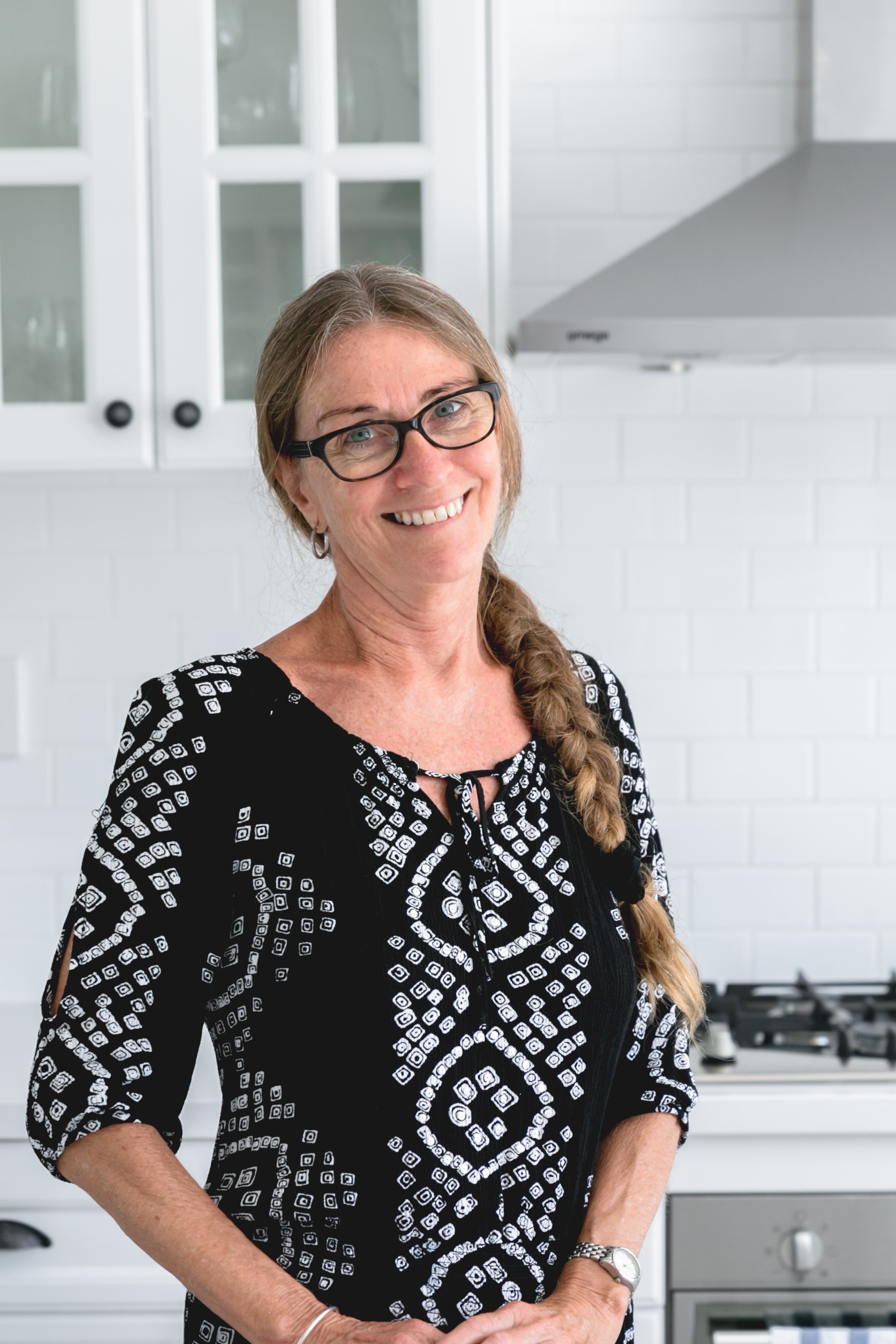 I am a happily married mother of 4 and doting nana. I want to inspire and empower others to Be Well! To live a healthy lifestyle and feel vibrant by eating nutritious, whole foods and by engaging in regular exercise.

I don't workout because I hate my body, I workout

"Winners are not people who never fail, but people

How many of you organise your week with setting ou

Age is No Barrier!

Get in your GREENS and POWER UP!

Made with by ThemeMove.com. All rights Reserved. 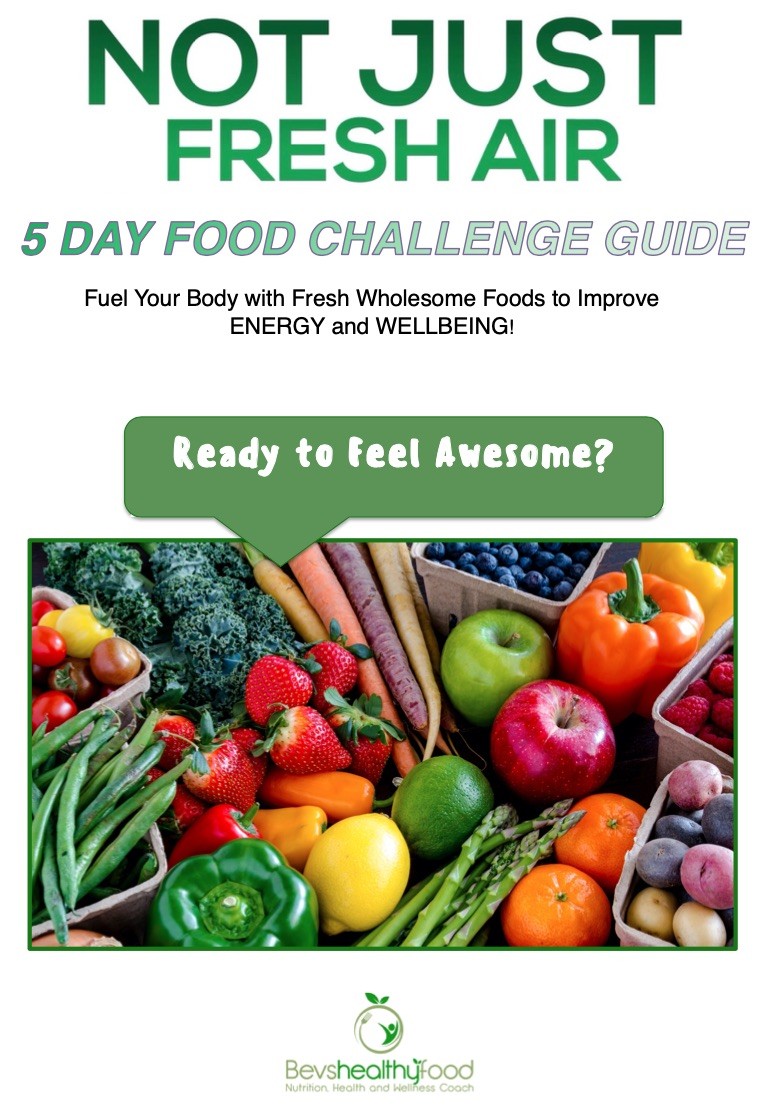 Discover how the correct fuel for your body provides you with more energy and wellbeing!
GET MY FREE "5 DAY FOOD CHALLENGE!"
when you subscribe below.